Smudging of the New Building Addition

In the course of this blog I hope to show the progression of the building addition at the Bridger church. We arrived at the beginning of the week with a platform and some very basic guidelines for the new structure. 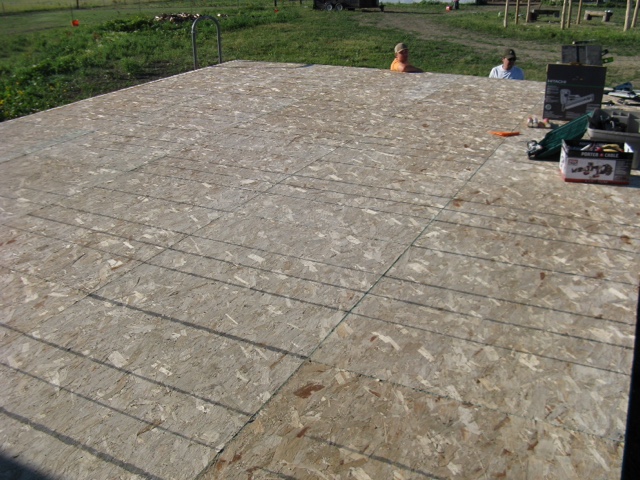 It's had been mentioned to me that it wou be great if we work on the walls while we here as that would be the next step in the process. I accepted the challenge and began work on the structure on Monday after consulting my resident construction guru, Allen Hardin, via text and email. Chip pulled up a YouTube video as well. Work started slow as we were also asked to mow a few lawns in the area after getting the lawn mowers working. 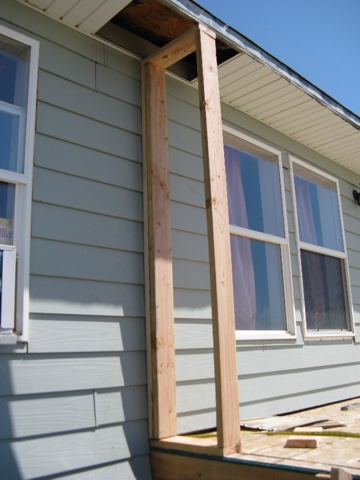 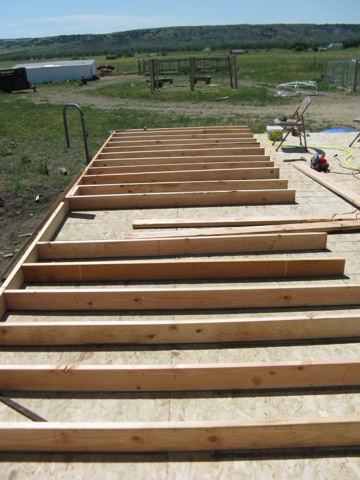 Eventually, as we got our act together so did the building begin taking shape.  We got our "test" wall up and were easy to begin getting to the serious work. 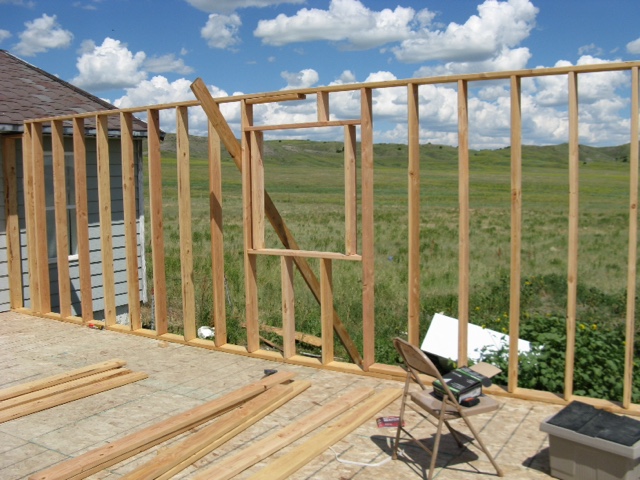 Things really got cooking by the end of the week. On Thursday the grass was mostly cut. Emory and James went up to Debbie Day's to do her yard. Chip was chafe ring them while also running to the store, getting gas, and talking a bit with Debbie after he dropped the guys off.  Meanwhile back at the church, Chiles and I continued working on the addition and to the second wall ready to be. Raised by noon. Chip went to go pick up the lawn mowing men and with their help we got the wall up. 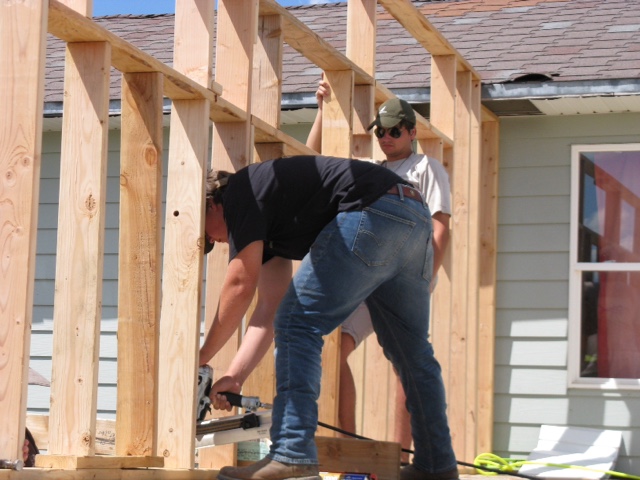 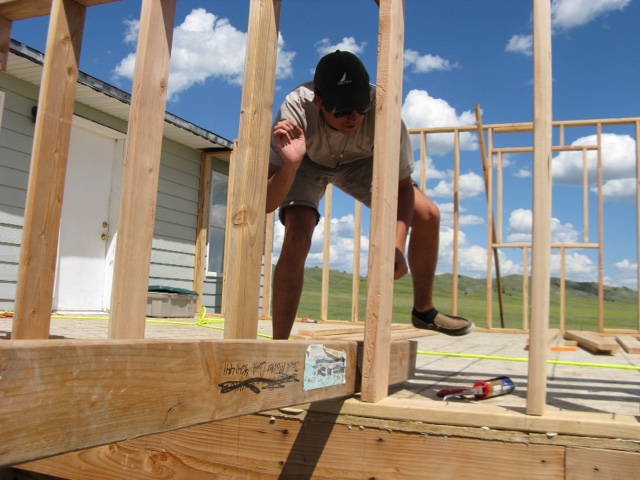 As it was nearing 3:00 on Thursday and the second wall was now in place Chip asked if we would attempt the third wall.  Having cut most most of the studs the day before I answered in the affirmative. So, after a water break we got back to building the third wall.  Very soon we were calling all those around to participate in the raising of the final wall of the addition! What a sense of accomplishment to have finished the building with a small crew and no real construction experience to between us. Does World Changers count? 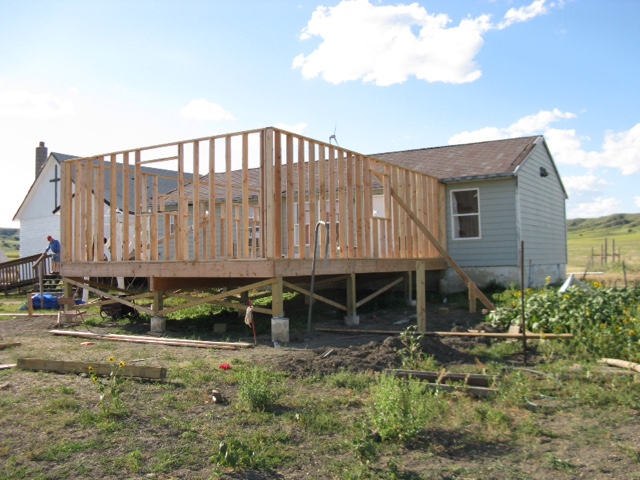 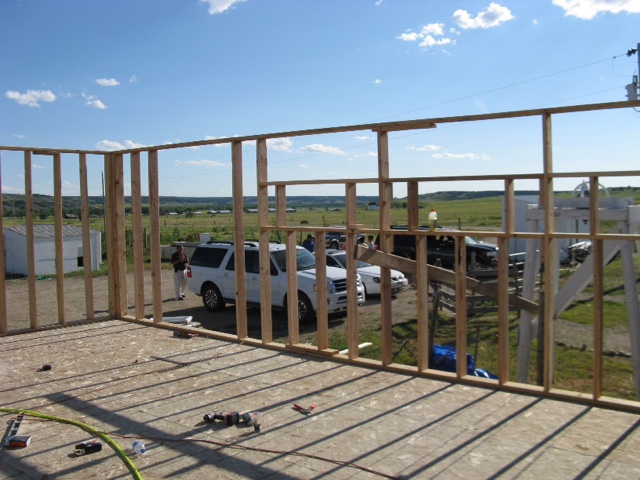 A little while after we were finished with room our friends started arriving for dinner. Marvin was Johnny-on-the-spot and grabbed my camera for a posed shot with Pastor Byron, Buffalo Chip, and myself. 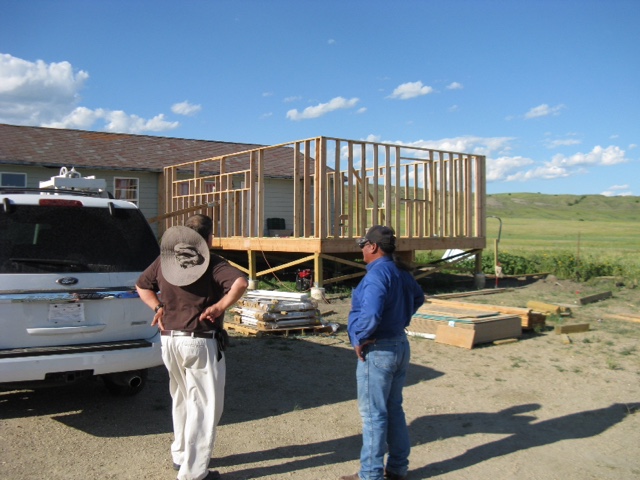 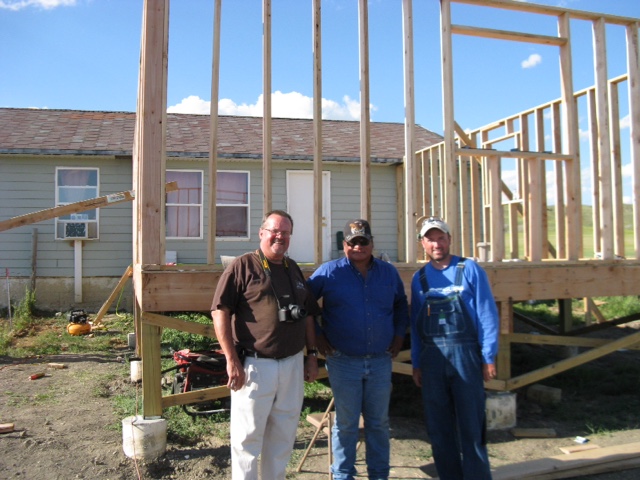 Tonight we had a special gathering and dinner with the Texas group, folks up from the community,and Toni and Byron. After dinner we had a time of sharing what we had seen God do this week. There were some great stories of mutual respect and mutual giving and receiving of ourselves and our individual gifts. Folks from the community shared stories and songs with us. We also had a wiping of the tears ceremony for one of our new friends from Texas who has had three deaths of very significant people on her life in the last 6 months.  Byron also blessed the new room by smudging it before we began the ceremony.
Toni was sharing with me earlier in the evening about how she plans to lay out the room to accommodate the quilting machine. I ca tell that she is very excited about the possibilities that machine and ministry holds.
Our team had a wonderful day today and has had a really great week. Jackson, Jane, Paula, and Savanna went on a long hike today with Eric. I wish I had the pictures that Jackson took on his phone. I wish even more that you, reader, would be able to take in the beauty of this place from my words or these pictures. We are sad to leave but excite do see our loved ones again.
Posted by Andy Jones at 1:10 AM