On our last day of work we began work on the first part of the process. We assisted, Bennett, the CI foundation contractor and his crew. By assisting I mean we hauled sand for the mortar and rocks for the foundation. The home site was a bare patch of land. 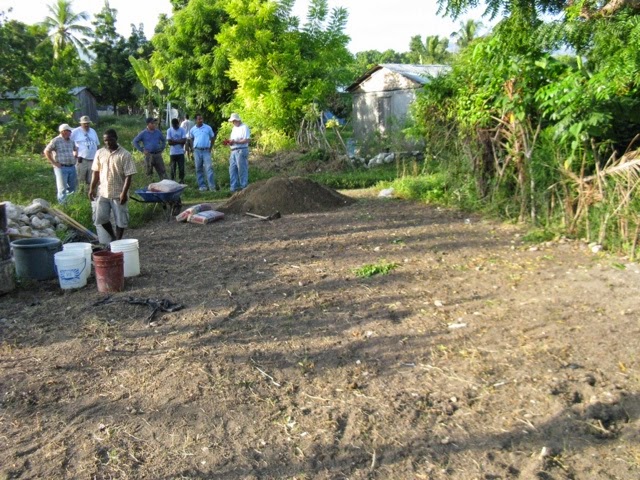 The homeowner worked right alongside the crew today. We also had some other helpers as well. This little girl was doing what she could by carrying rocks. 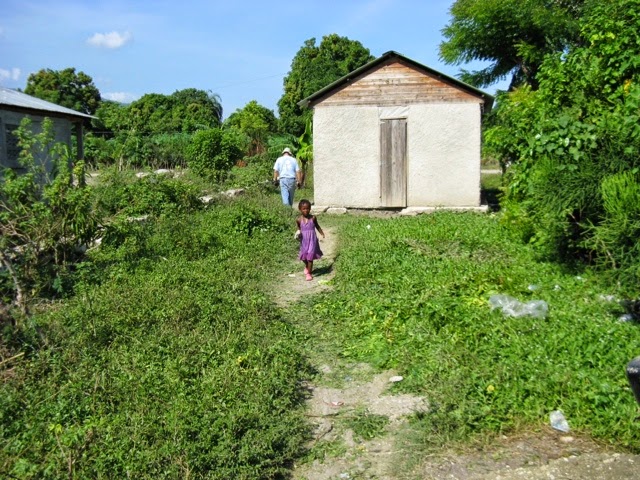 Another young man a few years older than her was helping with some of the big rocks as well. We also had the added benefit today of a wheelbarrow.  That is the first time all week we have had that.  Once we got the rocks and the sand moved closer to the house we spread the rocks around the house as these would be used for the foundation. 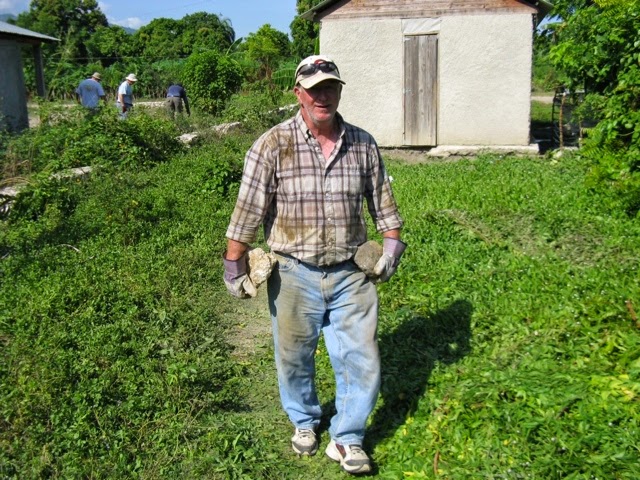 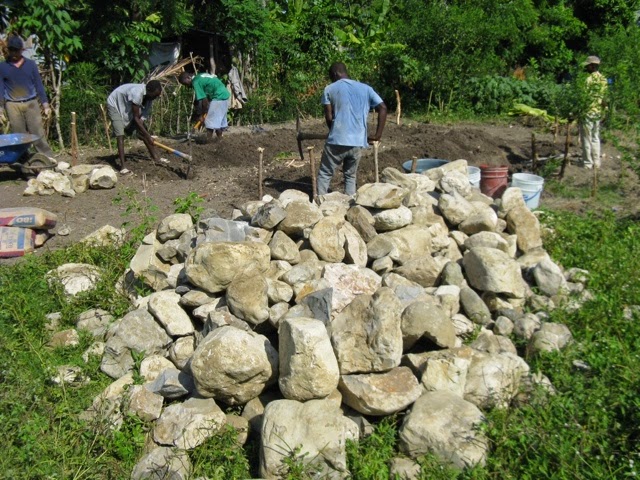 There is a big difference between working at a shaded site and a site that is all sun. We were all whooped by lunch today.  To finish out our day early we worked hard for one last push right before lunch. We put the rocks around the edge of the foundation so the workers could more easily put them into place. As we have seen all week they were using the volcano method to mix the mortar. The foundation becomes a pretty sophisticated jigsaw puzzle. Today was the beginning of the 180th house that Conscience International has built. 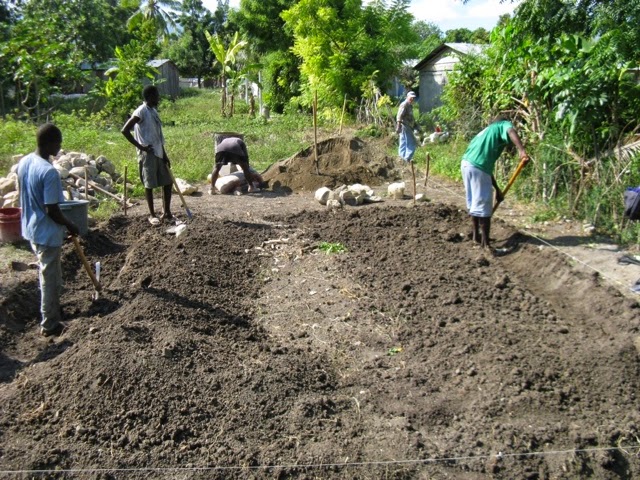 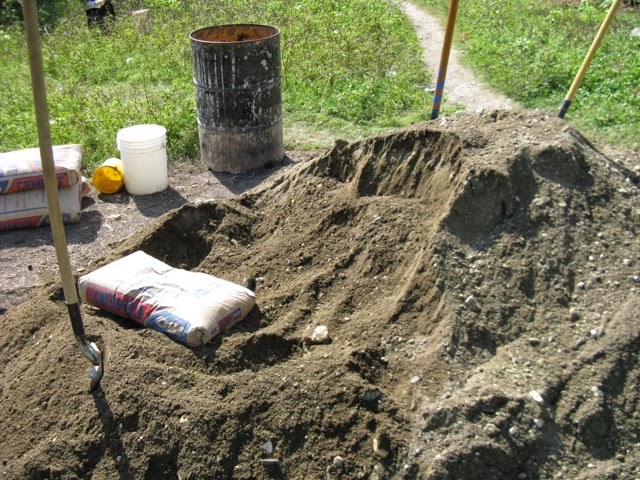 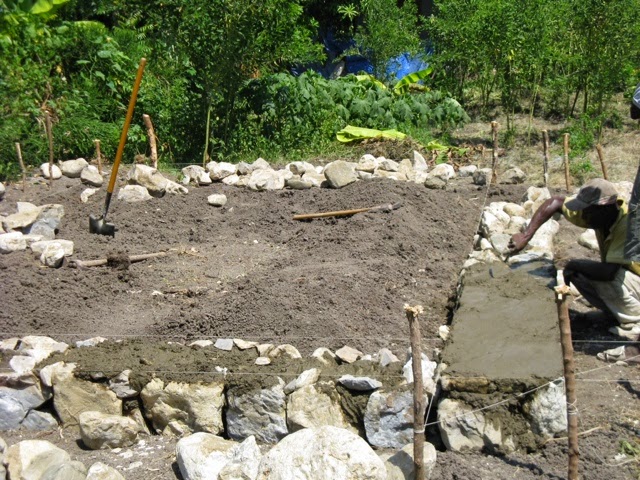