Pastor Linh is a Rock Star 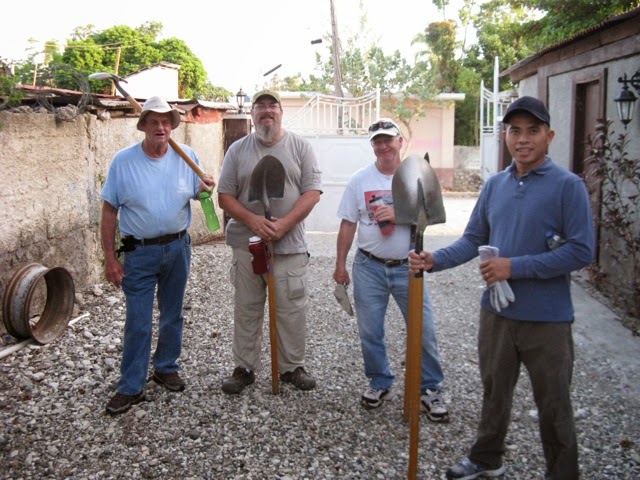 The advantage of having a small team is that the Conscience International staff knows what we are capable of. And that does NOT include loading rubble! Our task for the week will be assisting the masons as they put the mortar on the house and then helping to put the roof on the house as well. Depending on how much we are able to get done on the house we may also build the cages for the next house. The cages are made of small rebar covered with chicken wire and then filled with rubble. You can see the end of that process in The pictures below. 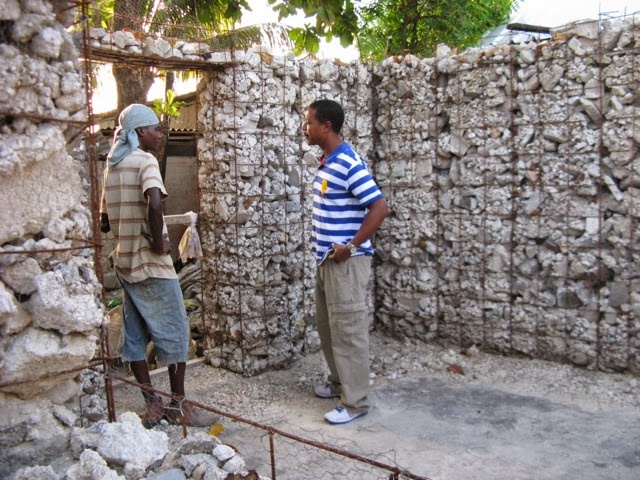 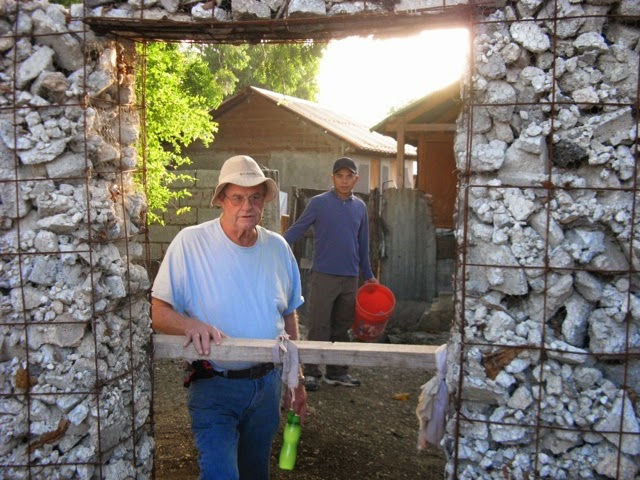 The picture above was one of the few times Pastor Linh was standing around, but as you can see even then he had a bucket in his hand.  The Haitian workers enjoyed talking with him and working beside him as well. They were intrigued that he was from Vietnam Nam and were very interested in the details of his church.
Once the house gets to this point the next phase is to stucco inside and out. To do this one must sift the riiver sand that has deposited via dump truck and bucket brigade (for more on this process check the blogs from April 2012). We sifted sand today using a grill grate and the front of an oscillating fan. 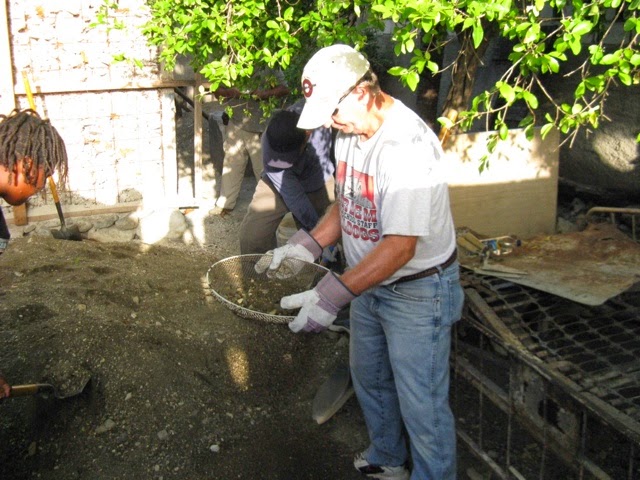 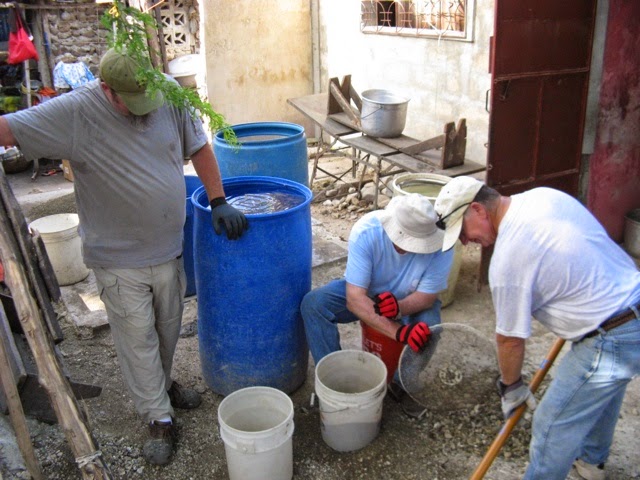 Once we had enough sand sifted we made a pile inside the house for the masons to begin inside. They mix the cement and sand inside the house using what is commonly referred to as the volcano method (sand, concrete, and water hand mixed on the ground) 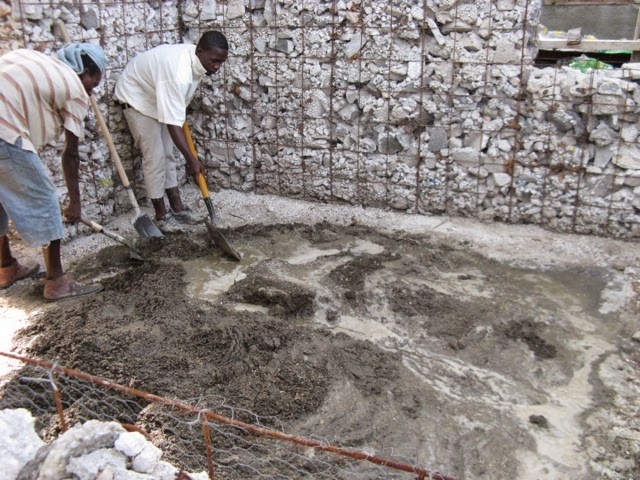 Linh and I tried our hand at the stucco. I found out that I am not very good at it. 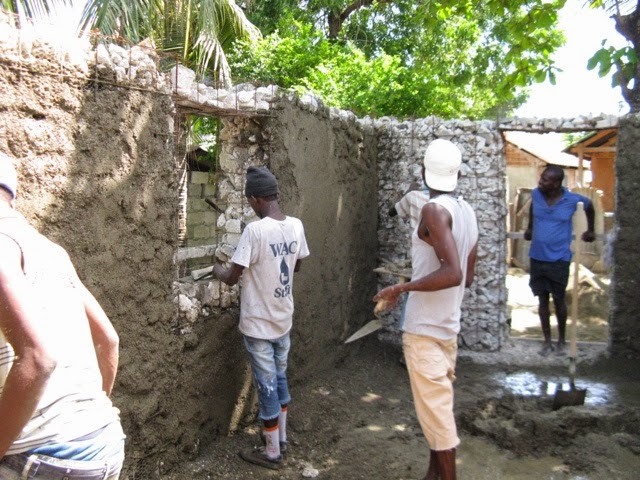 I quickly retreated and went back to my unskilled job of shoveling, sifting, and or carrying sand. A second load of sand was dumped at the street while we worked this morning. So after lunch a big part of our job was to begin hauling that sand from the road to the house we are building. 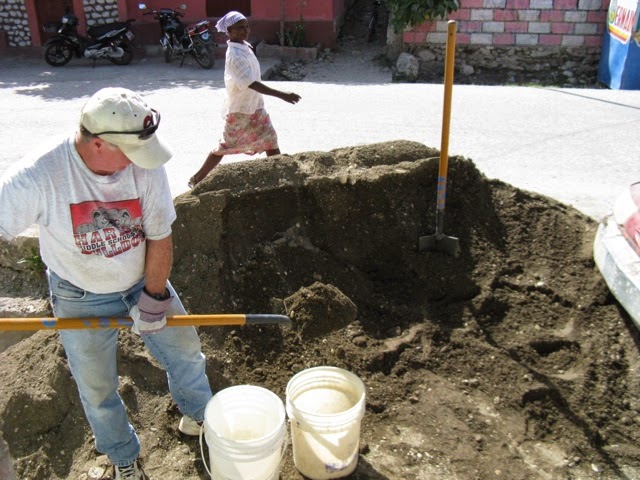 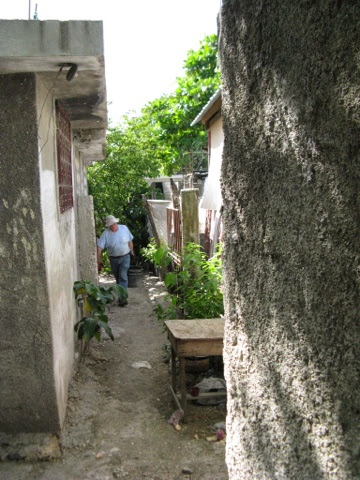 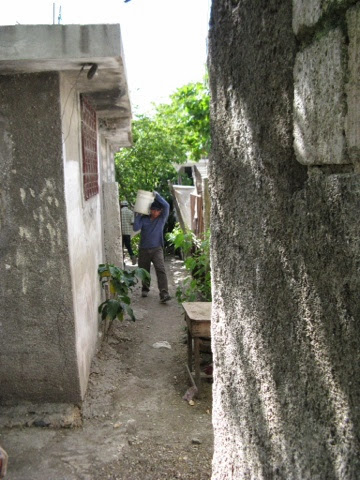 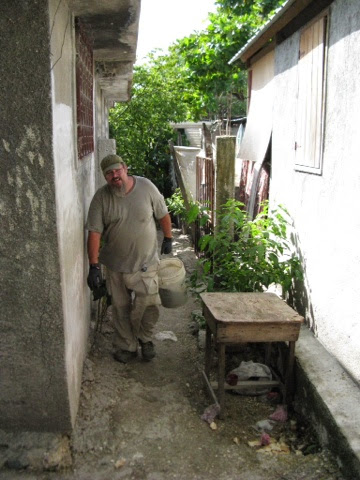 We gained our strength for the afternoon from our lunch of fish and rice with avocados. It was very good and it hit the spot for me. We look to do much of the same tomorrow while the crew works on the outside of the house. 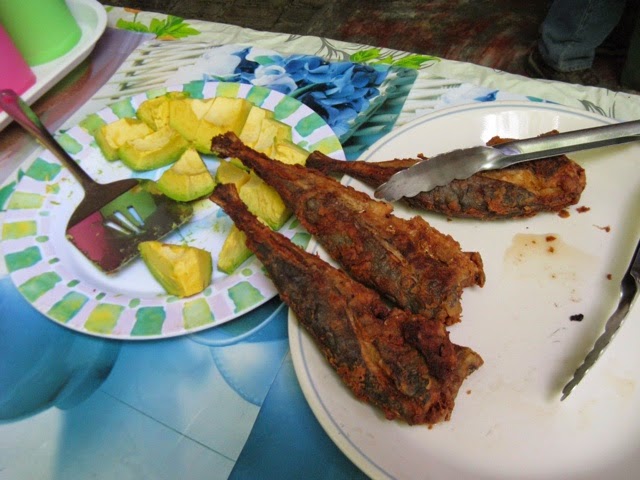